My great, great, great grandfather, Louis Jacques SARTORIUS, was born and baptised on 22 June 1820 in Lemberg, Moselle, France. He was the son of Francois Sartorius (born about 1784, place of birth and date and place of birth unknown) and Marianne Wagner from Munzthal. It is believed that Francois married Marianne prior to 1811. From Louis’ birth certificate, we know that Francois was Regent de la Ecole St Louis les Biches, Lemberg in 1822. These are the birth and baptismal records for Louis Jacques Sartorius, dated 1822. 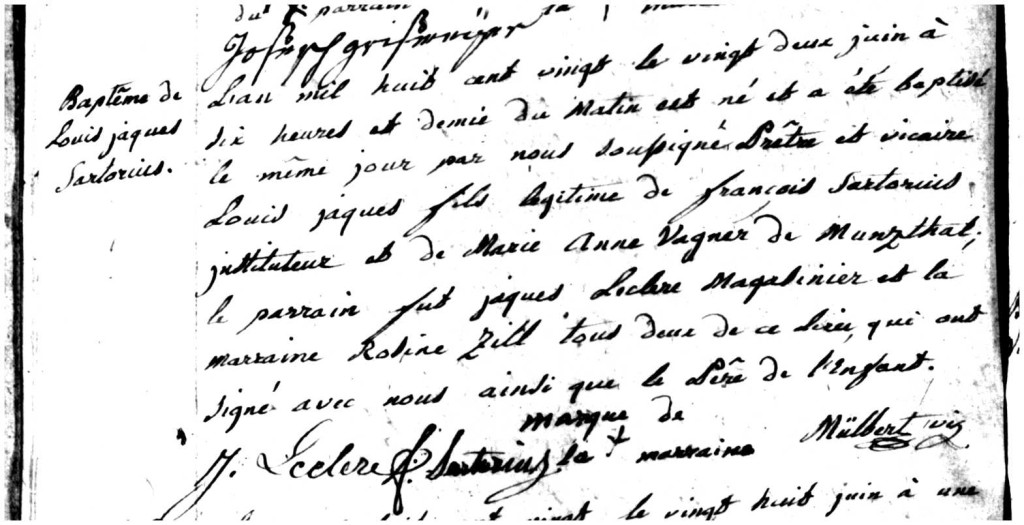 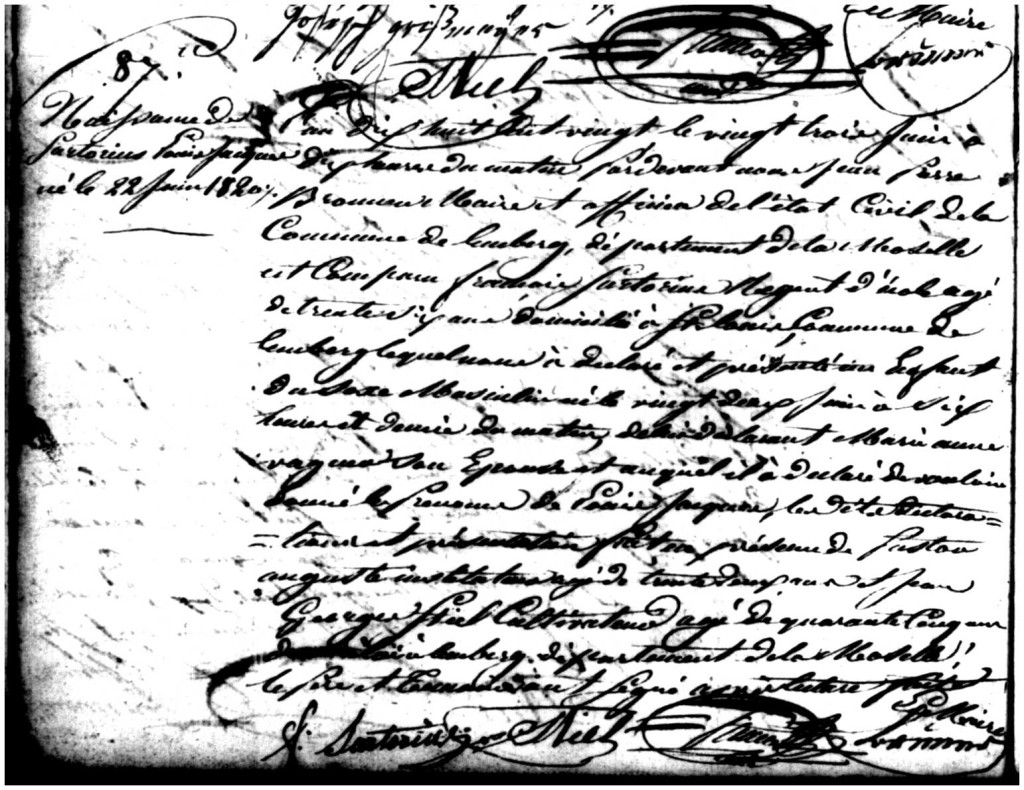 Louis was a glassblower. On 18 December 1845, he married Marianne Humprecht (1827-1892) who was born on 15 July 1827 in Willer-sur-Thur, Haut-Rhin, France. On his marriage certificate, his profession is given as Ouvrier a la Cristallerie Lyonnaise. This is their marriage certificate: 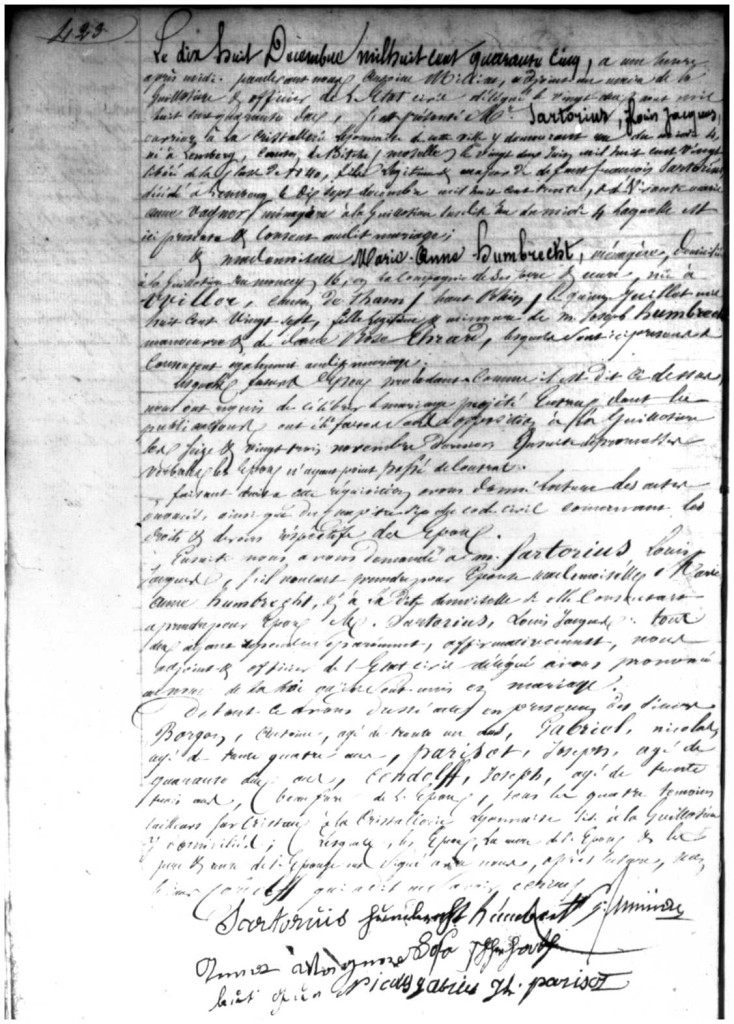 A few years after his marriage, he left France for England, arriving in Folkestone with his wife and young son, Louis. His son was born in the (old) 5th arrondissement of Paris on 17 May 1848, which means he would have been 5 months old when he sailed for England with his parents. This is his arrival record: 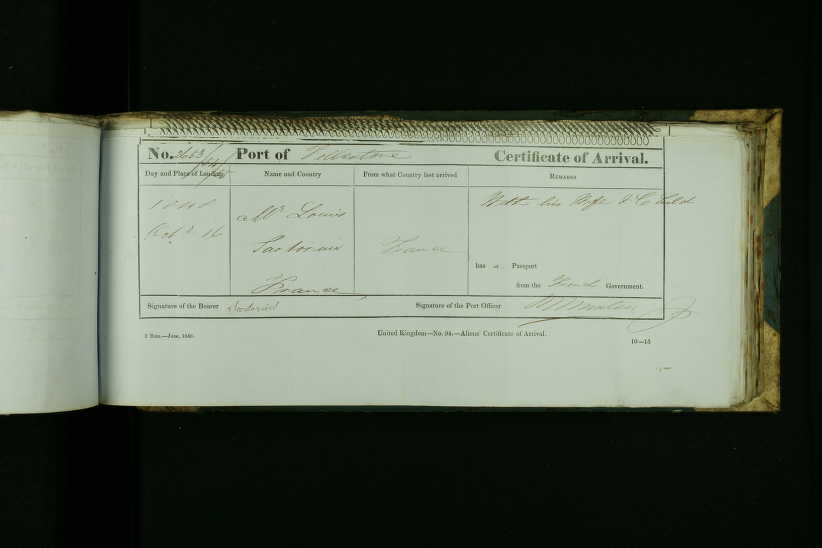 Louis and Marianne made their way to Birmingham, the industrial heartland of the country. They are first listed in the British census of 1861. They are living at 21 Godwin Street/4 with their six children, all of whom were born in Birmingham. Their first-born son, Louis, who travelled with them on the boat to England, appears to have died, possibly shortly after arrival in 1850.

Louis died on 13 December 1892, aged 72 years old, of catarrhal pneumonia, (which he had been suffering from for six months according to his death certificate). He died at 123 Cato Street in Birmingham. The death certificate lists his daughter-in-law, Jane Sartorius (his son Joseph’s second wife), as present at the death. He was buried in St Joseph’s cemetery, Nechells, Birmingham four days after he died, on 18 December 1892. The grave no longer survives.

Louis and Marianne were both Roman Catholics and had 11 children (in order of birth):

NB: Baptized at home, being in imminent danger of dying; baptism recorded at St. Joseph’s Catholic Church, Nechell’s Green; baptism record gives nothing other than the surname — no parents, no exact date — but it falls between records dated 5 Sep 1867 and 12 Sep 1867.

with thanks to Robert Behra, a distant cousin, also descended from the Sartorius family, for his pioneering research and the copies of the original French documents. Also to Annie Cottet-du Moulin, descended from Louis’ daughter, Julie.