Francis Joseph SIMPSON (my great grandfather). Born on 4 Oct 1875 in 47 Henry Street, Duddleston (the son of Henry Simpson and Mary Ann Field). Francis Joseph died in Good Hope Hospital, Birmingham, on 27 Mar 1966 of bronchio pneumonia, myocardial fibrosis, coronary atheroma and a fractured femur; he was 90. He is buried in Oscott cemetry, with his wife Emily, section 9b, 40a. Religion: Roman Catholic.

On 15 Jun 1903 when Francis Joseph was 27, he married Emily Maria SARTORIUS, daughter of Joseph Augustine Sartorius & Emily BEDWORTH, in St Vincents Church, Birmingham. Born in Mar 1875 in Birmingham. Emily Maria died in 66 Orchard Road, Erdington, on 30 Mar 1969; she was 94.

They had the following children:

Occupation: like his father Henry, and his older brother Thomas, he was a baker and grocer all his life. 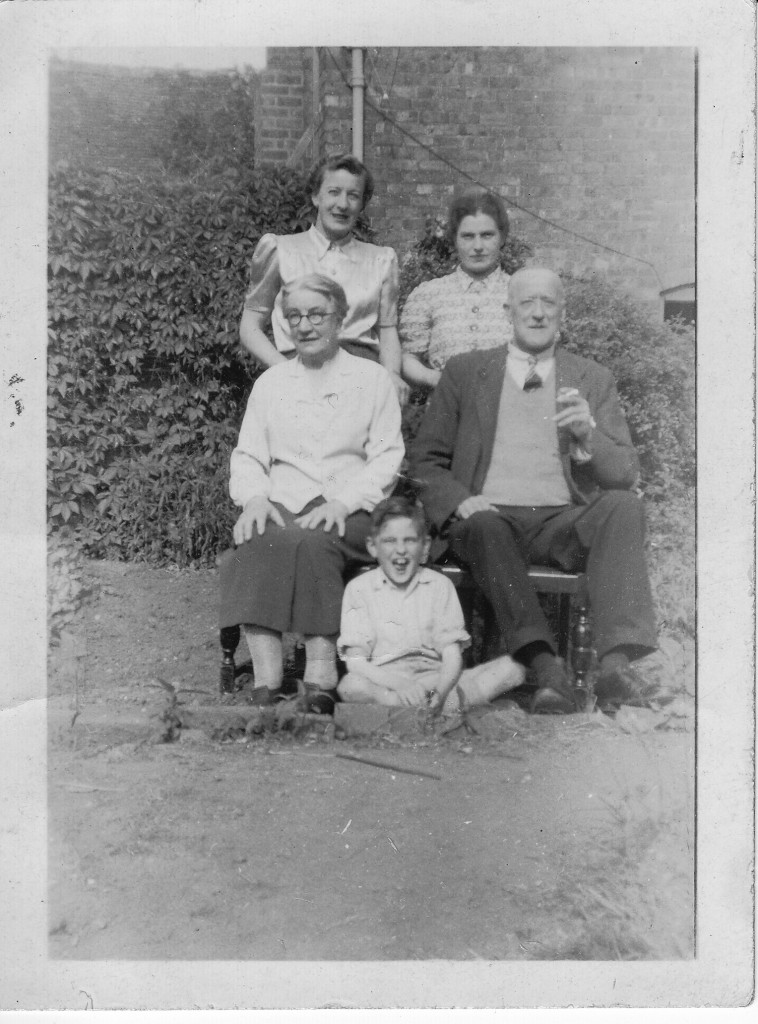 This is the only surving photograph of Francis. He’s sitting next to his wife Emily (Sartorius) and standing behind them are, on the left, his daughter Emily (Mille) Simpson (Angela’s mother), standing on the right is his daughter-in-law, Doris (Culley) who married his son Henry (Harry) Simpson (not in the picture). Seated on the ground is their grandson, John (my father), Harry and Doris’ son. 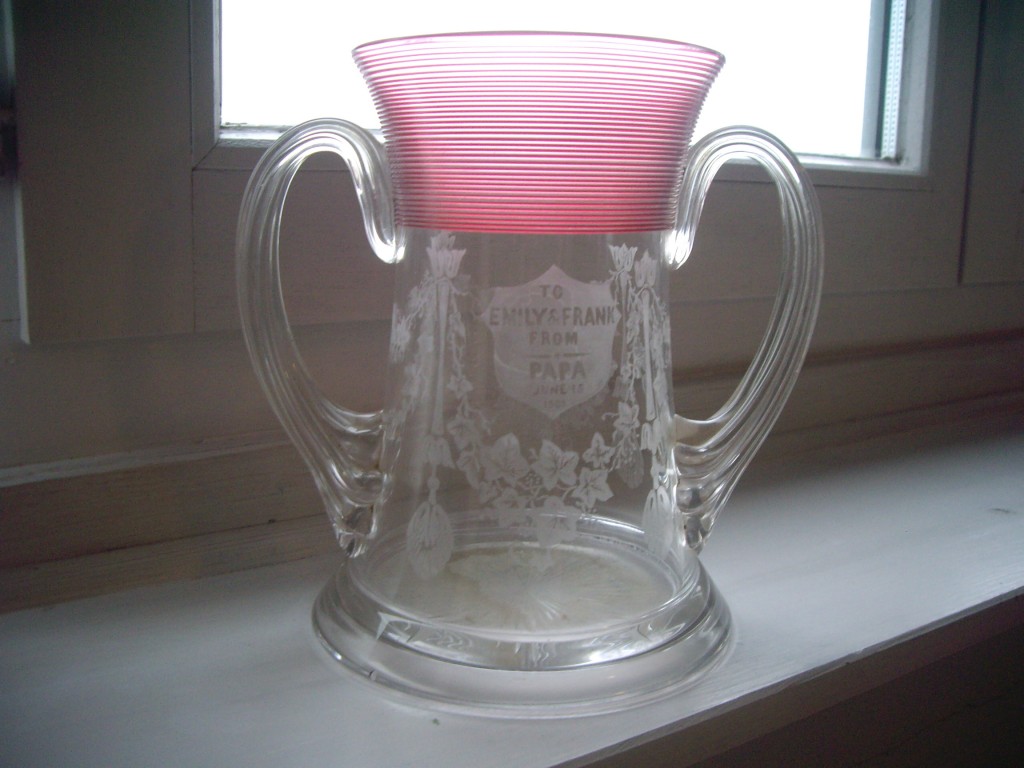 This is the hand blown glass loving cup that Emily Sartorius’ father, Joseph, made for her and Francis on the occasion of their wedding in 1903. The inscription reads: To Emily & Frank, from Papa, June 15 1903.